It’s not news that I’m a music fan and especially an opera fan, and this year marks 200 years since the birth of one of the greatest composers, Giuseppe Verdi. It provides me with the perfect excuse to slip in a few highlights and snippets of information. So in between posts on horror,  I will keep posting Verdi trivia between now and the anniversary of his death on 27 January.

Actually, Verdi may have been born on 9th October but the generally accepted date is 10th. His mother was a spinner, his father an innkeeper. His first opera, Oberto, was performed in 1939 and met with limited success, but in 1842 Nabucco premièred on March 9th in Milan at La Scala and his genius was revealed.

Nabucco was unleashed on a population groaning under Austrian rule and was a call to national unification (risorgimento).

Nabucco is an abbreviation of King Nebuchadnezzar of Assyria but the opera is largely fictional. However, of interest to us is the fact that in Jewish history {Biblical Book of Daniel (Chapter IV, verses 31-37)} old Nebuchadnezzar was a lycanthropist and believed that he changed into a wolf. When he recovered from the ‘illness’ he gave thanks to the Hebrew god, Jehova. 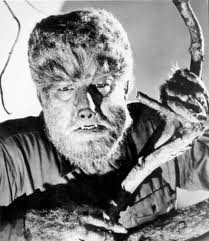 Which all leads very nicely into my chosen excerpt from Nabucco…

Now here’s a man who knows all there is to know about Verdi. My friend Sir Antonio Pappano: