I’m shifting from the subject of horror today to introduce you to fellow Yorkshire man, Geoff Major.

Oh, sorry! Wrong Major. Hang on…(heck, that was horror for a moment)…

Well, that’s halfway decent, anyhow. Geoff is quite a character, as you might imagine if I’ve asked him over here to talk about anything other than horror. I met him through Yorkshire business group on LinkedIn, The Yorkshire Mafia. Geoff runs his own successful company based in Leeds, but he also gives up his time and energy in rather exciting ways to raise funds for charity. That’s what caught my eye, because although I write about evil, I’m all heart really. As you know.

Geoff’s last adventure was a six day, six night ski trek to the North Pole, pulling his own 49Kg sled of supplies. His next is a week-long, 350 mile ride on a custom-made 7-seater circular bike, raising funds for Disability Action Yorkshire, Heart Research UK and the Muscular Dystrophy Campaign. In October this year he’s off on an eight day trek through the Sahara.

Steve: Geoff, when did you get the bug for adventuring?

G: When I set up my company back in 2001, I promised myself I’d share a percentage of profits with specific good causes and worthy individuals, but it wasn’t until 2009 I decided to do more than just write cheques.

S: But had you been on big adventures before or was this something entirely new to you?

G: No, never done anything like this before! The training for the 243-mile ride across Cuba was the first time I’d ridden a bike in over 20 years, and the first time I’d ever slept in a tent … in my life … was on a training week just 2 months before the polar trek. The second time was on the trek – for which I also had to learn to ski.

Looking remarkably fresh on day 1 in Cuba. After this photo, we spent 15 minutes sharing our chocolate with the local children

S: I now feel totally inadequate, you realise! I can just about cross the patio in a light frost. I guess you must have had the odd scary moment then. What was the worst – or perhaps best for readers like mine?

G: Throughout the preparation for the polar trek, our experienced trek lead told us about the ice cracking and splitting under tents when people were asleep, and of him coming (literally) face-to-face with a polar bear in the middle of the night, but the scariest experience I had was on the penultimate day. Up until then it was difficult to remember that I was skiing on a piece of ice, floating on the water.

As your readers probably know, there is no solid land mass under the polar ice – if you fall through you fall into the freezing Arctic Ocean; it’s 2 miles to the bottom with nothing to stop you part way down … and when you’re strapped to a 49kg sled; well let’s just say it focuses the mind. 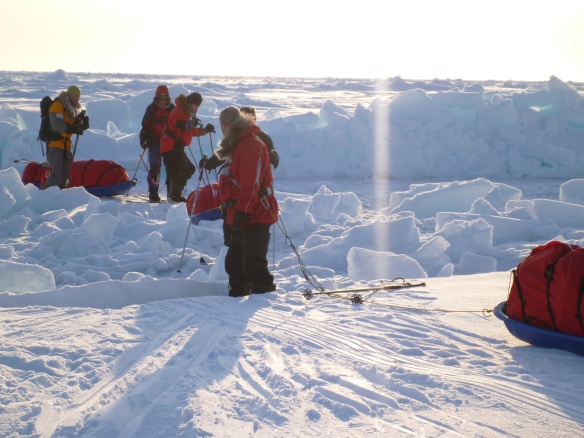 With the ice floes moving all the time, this was just one of many times we would have to take our skis off and drag our pulks (sled of supplies) across the broken ice

On that day I skied across breaking ice, we saw over ½ a mile of ice crack open and hiss as the ocean was exposed, and there was a 20ft piece of ice we had to cross where not only could you see the water moving underneath, but in the last few strides we were skiing through an icy puddle.

Drowning is probably my biggest fear and that day I felt very mortal!

S: Mortality is close to our hearts, here, Geoff…

So, ever felt like giving up halfway through a mission?

G: Yes, but never have. Too much pride to admit defeat. Thank goodness for a product called Butt’r and litres of cool water when I was cycling 243 miles across Cuba in 84 degree heat. Saddle rash and heat exhaustion were kept at bay.

S: Butt’r? I had a pretty good idea but seems I have a dirty mind – so good job I Googled it 🙂 Maybe it’s fear of discomfort, then, but many people go through life taking as much as they can without a thought for others. How did you become interested in charities?

G: My Dad always had such a kind-hearted nature; too kind-hearted sometimes as people could take advantage of him, but he always instilled in me to remember how lucky I am in comparison to many others. Healthy, never had an operation (touch wood on both of those), no disability or disabling disease and a warm loving family under a roof.

S: Your dad sounds a bit like my grandfather. Gave his life to others, almost literally. Now, you have a really interesting way of involving people with what you do, and also the way in which charities can benefit. Can you explain your approach for us?

G: I think everyone has a secret desire to do something they consider ‘daring’; certainly the people who have signed-up to come across the Sahara with me are very animated about their sudden commitment to adventure (and no, it’s not just people having a mid-life crisis as one journalist asked).

I love to see that light in their eyes burning brightly as they tell people what they’re planning to do and other’s jaws drop in amazement. My motto is “Everyone dies, but not everyone lives” (Sachs) and my desire is that people who come on an adventure with me can say “I did it!”, not just “I took part”.

When they do decide to take part though, I insist they raise money for whoever they want to raise money for, as it’s their passion, their time and their network of friends and colleagues they’ll be asking to sponsor them.

I’ll do these things anyway, but people want to be increasingly involved in something ‘different’, not just what they describe as the same old stuff (fun-runs and coffee mornings).

Don’t get me wrong, there are thousands and thousands of people out there doing great things to fundraise for charities, it’s just I want to do things which are rare or even world firsts (like a few upcoming plans).

S: Yes, indeed. I’m coming to that. The Sahara trek sounds really great. I’ve been there, but not on foot and sadly I can’t join you. But, the big reason you’re here is to talk about an even more exciting adventure. Dare I say, something out of this world? I know you’re bursting with enthusiasm, so do tell.

G: Lynx have recently announced a global competition to select a handful of ‘ordinary’ people to go on a space flight. I’ve decided I want to enter the competition too, but I want to ensure charity benefits so this time I’ve chosen the UK Neuroblastoma Alliance.

It’s strange but after the North Pole and announcing about the Sahara last year, one guy did say “Where next Geoff, Mars?”  Wel,l it’s not Mars and there’s no guarantee that I’ll get through the UK selection process let alone the subsequent global one … but you’ve got to try these things!

S: I have always wanted to go into space, so much so that I’d consider a one-way ticket. I figured that way there might be enough people willing to pay for it. Right, now to the nitty-gritty. I asked you here so that we can get my readers to help press that launch button. So what can they do to help you on your way?

G: Oh, there are SO many ways to help.

S: And I think there is still chance to join your Sahara trek, is there not?

G: Yes. Currently there are 18 confirmed trekkers but I can take a total of 28, so if anyone out there has that twinkle in their eye, a voice saying ‘Dare I?’ and a willingness to train sufficiently, go read some more at http://www.morethanjustgiving.com/index.php?page=indiv&id=7

S: It’s been a pleasure to meet you and I wish you well with all your ventures. Perhaps you’ll keep us updated and let us know how we can help out as things move on? My site is always open for you.

G: Be delighted and thanks for taking the time to talk. I appreciate you letting me hi-jack your blog.

Now, readers, wherever you are. You heard the man and I want to ask you to do one small thing now even if you don’t do anything else. It costs nothing and might make a big difference to someone less fortunate than yourselves…

Click on the link below now and vote for Geoff Major 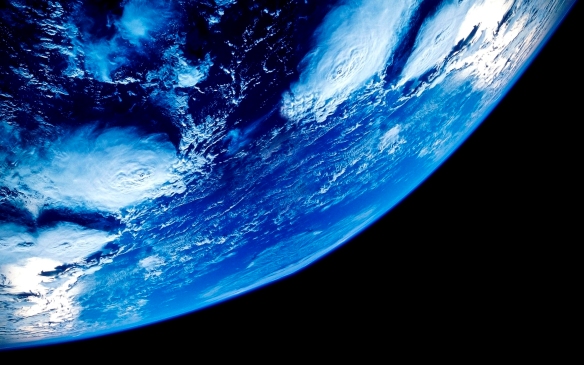 16 thoughts on “All In A Good Cause: Interview With Adventurer Geoff Major”