Review: Lies You Wanted to Hear 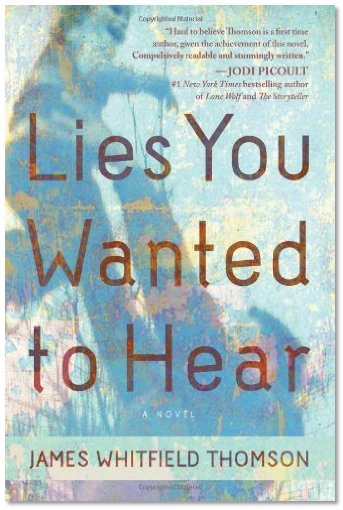 What would you do if you believed your child was in mortal danger? How far would you go?

Lucy’s two young children have been gone for nine years now, an unbearable burden that haunts her even more because of her role in what happened.

You can hardly glimpse that carefree girl Lucy was before she married Matt. She was a magnet for men who were bad for her—men like Griffin. With shattering, unthinkable turns that will wrench every mother’s heart, this suspenseful story probes the issue of how well you know the person you married. How much can you trust them with your heart—and with your future?

That’s what the publisher’s blurb promises, but does the book deliver?

Without doubt it is a good book and quite an achievement for a 67-year-old debut novelist. The writing is confident and eminently readable, though not extraordinary. But whereas the blurb suggests this is Lucy’s story, it is most definitely equally Matt’s. And why will it wrench every mother’s heart and not every father’s?

Lucy is a bit of a bad girl. She has a penchant for drugs and rough sex, so falling for a cop might not be the best idea in the world—but she does just that while recovering from an emotional break up with Griffin, a nasty piece of work to say the least. Matt offers her steady reliability, and she takes it.

They get married and have two children, but during a bout of postnatal depression things take a turn for the worse. Matt’s perfect parenting skills begin to annoy Lucy, and their marriage comes under intense strain as she grows to resent him.

Feelings of inadequacy overwhelm her, and she starts an affair with old flame Griffin. Matt and Lucy split, and there is a tussle over the kids. Matt reckons— and no doubt readers will agree—that Lucy’s behaviour is endangering the children, so faced with losing custody of them he kidnaps them, changes all their identities, and starts a new life.

Dr. Thomson raises the thorny issues of separation, divorce, and the presumption in favor of granting custody to the mother, and he does it well enough. The story alternates from Lucy’s point of view to Matt’s and back again, giving the reader an insight into both sides, but the case in Lucy’s favour is not convincing—if indeed that was the intention.

So does the book deliver? Well, kind of. The marketing suggests something darker and far more disturbing, but perhaps that wasn’t ever the author’s intention.

This review appears in the New York Journal of Books and is reproduced here with their kind permission.