It’s customary to celebrate the arrival of a new year with Strauss’s Blue Danube waltz, so here it is – but with space images, ‘cos when we’ve fucked this planet over once and for all we’ll be relying on space travel to save our species.

I found this video on Youtube and this is what it says:

Using the power of the free high-resolution space simulation program, Celestia, visit the world of “2001, a Space Odyssey”. Follow a meticulously choreographed dance of spacecraft from the movie, to the music of the Blue Danube. Experience the beauty of space from gifted Celestia designer Jean-Marie Le Cosperec. You can interact with all of these spacecraft in Celestia, fly next to them, visit the space station and moon base, and examine the ships up close. Visit http://gregs-educational.info to obtain Celestia. This 2001 add-on is available for free. Details and links to the add-on are on that site in the links section, and on Jean-Marie’s website at http://celestiasws.free.fr/index_en.html

Have a good one!

Before I give you my music for today’s mood, let me ask this: do you remember Candyman?

The music was composed by minimalist Philip Glass, the film based on Clive Barker‘s short story ‘The Forbidden’. Glass is as good a composer as Barker is a writer, and thus my choice of music for today; it portrays my mood rather well.

I don’t have 3D TV but I will be getting this DVD without delay. Dario Argento and Dracula? I’ll stake my life on it being entertaining:

Actually, review is a bit of a grand word because I am rather busy today – but I wanted to alert you to this great film. Okay, it’s not new and maybe you’ve seen it, but if not…

A great cast, lots of tension, nice twist, evil Nazi doctor and a bit of an open end – what more could you want? I’m just not sure that Sam Worthington will be too chuffed about how some think he may look in 30 years time, but I dare say he was well paid.

Today is the 200th birthday of Richard Wagner, for many the greatest composer who ever lived. Germany has been celebrating. A monument is to be erected in Leipzig, his birthplace, and there will be concerts at Bayreuth. 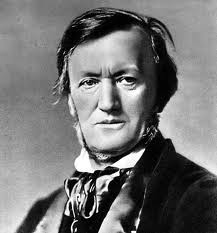 Wagner once said, “I hold the Jewish race to be the born enemy of pure humanity and everything noble in it.” No surprise, then, that Adolf Hitler became a great fan. Wagner’s great-granddaughter at least wants to lay the ghosts to rest and has announced that she will make private letters available to historians so they can look into the rumours that Wagner’s  daughter-in-law – Winifred, an English woman – had a relationship with the Führer. Whether he was a beast or not, his music is remarkable. Here is one of my favourites, the overture to Tristan und Isolde, conducted of course by my friend Antonio Pappano:

Wagner had the opera house at Bayreuth built solely for the performance of his own work and today the tradition continues under the management of his heirs. It is said that the building was largely funded by the extravagant Ludwig II of Bavaria, famous for perhaps his greatest folly, the castle of Neuschwanstein. 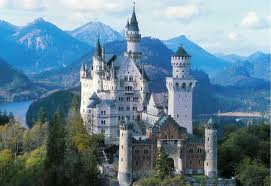 I have never understood people who say they hate Wagner’s music, or can’t abide any of it. Personally, I will admit that I don’t like it all. I know, for example, that true fans will think me a philistine for saying that, for the most part, Das Rheingold is a drudge to sit through. It has its moments, as the famous quote says, but I am always amazed that the singers can remember their parts as they have no melody at all to work with. I’ll come back to The Ring after treating you to the Tannhaüser overture (can you spot the Doe, a deer bit?)

Well, we can’t have Wagner’s birthday without perhaps his best known tune! Used in films like Apocalypse Now and more recently Valkyrie, it is almost always heard on the radio without the voices. And it’s the voices that make it. Have a good one!